Why I Teach Kids Yoga and Consciousness 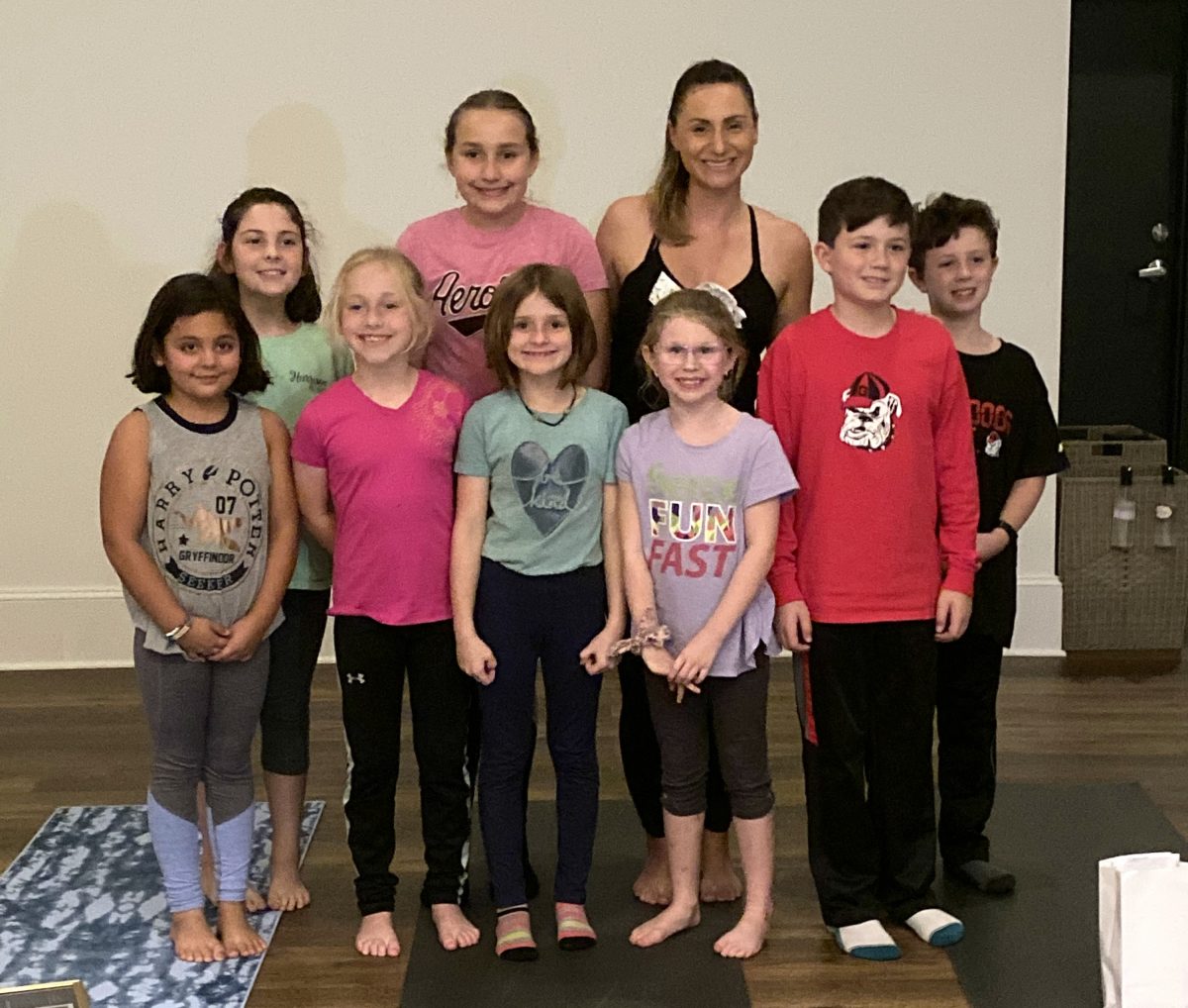 Why I Teach Kids Yoga and Consciousness

I will never forget the day I saw a child stop his very own tantrum. It was early spring, and I was at an event for my school. I was a high school teacher and flag-football coach at the time. I was early that day. So early that I was able to catch the JV game that played before us. Now, I am and have always been a watcher. I get lost in people watching, and I especially love watching when something loud or chaotic is happening around me. It’s soothing, and any watcher will tell you, it’s almost a meditation of sorts.
Up until this time I had seen many, many tantrums. Kid tantrums, adult tantrums, and even witnessed–on several occasions–my tantrums. We all have them, but it was on that day I saw a little boy at the tender age of four years old, actually, stop his meltdown.

There was a group of boys playing. There was but one ball in the mix, and an older boy came and took the ball. The boy (unicorn child as I referred to him) tried to get the ball back. It didn’t go over well. He was shoved aside, and now the older group of boys had the ball. Most of the younger group gave up quickly and dismantled, but the Unicorn Boy was so angry with this injustice! He went over to his mom and tried to tell her, but she was very into the game and dismissed him. He then crossed his arms and walked over to a more secluded space. He sat. He closed his eyes and started to breathe.

Meanwhile, my mouth was wide open and I have to say, that Unicorn Boy was just about my favorite person I had ever seen. I wanted to give that kid some award, or candy! But he was a sage, and probably didn’t even eat sugar. After about five minutes, he got up and went to sit next to his mom. And five minutes after that, the big boys were done with the ball and he gathered the original group to play once more. I couldn’t believe it! I was angry that no one other than me had seen this kid in action. I’m thinking, will anyone even believe me if I told them?

Towards the end of the game, I worked up the courage to approach the mom. I needed to know answers and I thought, I’m a teacher don’t think she’ll think I’m a creep or anything. Fingers crossed, I told her I saw her son go off and meditate. She said, “His father is a Yoga Instructor and he teaches him all that stuff.” I told her it was incredible, and she agreed. She said they started with him when he was around one year old. Then she told me he would meditate up to thirty minutes on his own!

Fast forward to almost ten years later and one of my main goals in this life is to teach children and teens Yoga. I love adults, don’t get me wrong, but I want more unicorns, and I know that is part of my purpose. I can tell you that it was no mistake I saw that boy one that day. And I can tell you that it was no miracle he was able to do that—but rather—a skill set that can be acquired. Now I could go on and on about why kids need Yoga. Yes, it helps with flexibility, balance, range of motion, circulation, gaining strength and more. Most of us associate Yoga with our physical practice–and there are many pros to that practice. However, whenever I have a quick moment with a parent, and I know they likely understand the benefits of the physical practice, I always focus on one of, if not the most important thing your child will learn in Yoga. Why you need to get them enrolled, yesterday. I highlight the central skill they will need in this life, and the one so much of society drowns out with instant gratification, social media imaging and branding, and the fast motion of how we move in our households. It’s what made that kid on that day, the first unicorn I had ever witnessed.

That kid understood at that moment he needed to settle down the system and made that happen on his own. It’s a level of accountability that most adults take years, and years to acquire. And let’s face it, we usually learn this skill after we have felt deep shame for our actions, and realized our lack of self-control. In Yoga, we learn to identify the cues, such as elevated heart rate, the body temperature rise, and the rush of anger we feel based on our ego telling us…you need to scream, you need to fight, you need to not look like a fool. We teach children how to see this entire process in action and access what is real in that moment. It’s true that children are very wise, and that they already come into this world with the gift of being free and present. However, when social situations begin to be presented, big emotions enter into small bodies, and expectations from peers, school, and the home set in, our unicorns simply lose their way far too often. This is why Yoga is different than any sport where they learn valuable teamwork or any activity that promotes the arts and so on. It’s the essential teaching of self-regulating that sets it apart—plain and simple.

I am happy to report that I have met so many unicorns since I spotted my first one! Thank you to all of my beautiful yogis and to that boy who showed me it’s more than possible. I am currently teaching kids yoga at SOL Yoga in Marietta and I could not be happier! This studio truly honors the practice of Yoga and what it can do for your life.

Please contact SOL Yoga at info@solyogawestcobb.com if you are interested in bringing SOL Kids Yoga to your school or plan a private class for a special birthday or event.

Namaste,
We hope to see you soon!